Marina Square's Food Loft is there to cater to all your palates. Whether it's Japanese food, Korean food, Indian food, Local delights, the foodcourt has all to satisfy your hunger.
We went there last saturday at around 4.30pm which is about tea time. Wanted to go there to have a cup of coffee and share a roll of popiah but ended up eating our dinner there because their food is simply too tempting.
Upon stepping foot into the foodcourt, we caught sight of a girl happily placing her plate of korean set on a table. It was a Saba fish set which includes a bowl of rice, a mini plate of kimchi and ikan bilis with a huge grilled saba fish on hotpot. Who can resist the fish? It was really long and fat, almost twice the size of what most foodcourts sell. I was amazed with the generous portion of the fish indeed.So we bought a set to share. The fish was setted upon a bed of greens and onions which quickly got burnt due to the hotpot. yummy..the fish does not have a fishy taste and very chewy and fresh too. Gugu dared not eat too much and gave an excuse that she wanted to try somethng else, and then wondered off with her wallet. As we've almost finished eating, gugu still had not returned so i went to look for her. And guess where i found her? At the Korean food stall! And she was going to order the saba fish set again! me and mama still thought the fish was too fishy and gugu doesn't like it but she actually love it TOO MUCH!
SO in the end, we had to finish the fish for her, the 2nd one was even larger than the first. What is so amazing about the fish is that it wasn't too salty, and the base was very crunchy and cooked just right. Plus the chilli sauce, hmm..heaven!
We are definitely going there for the fish again!
I also bought a bowl of sweet potato soup in ginger soup for myself. The soup was too sweet which was not my liking but overall it was very hot and comforting food lor..

Popular posts from this blog 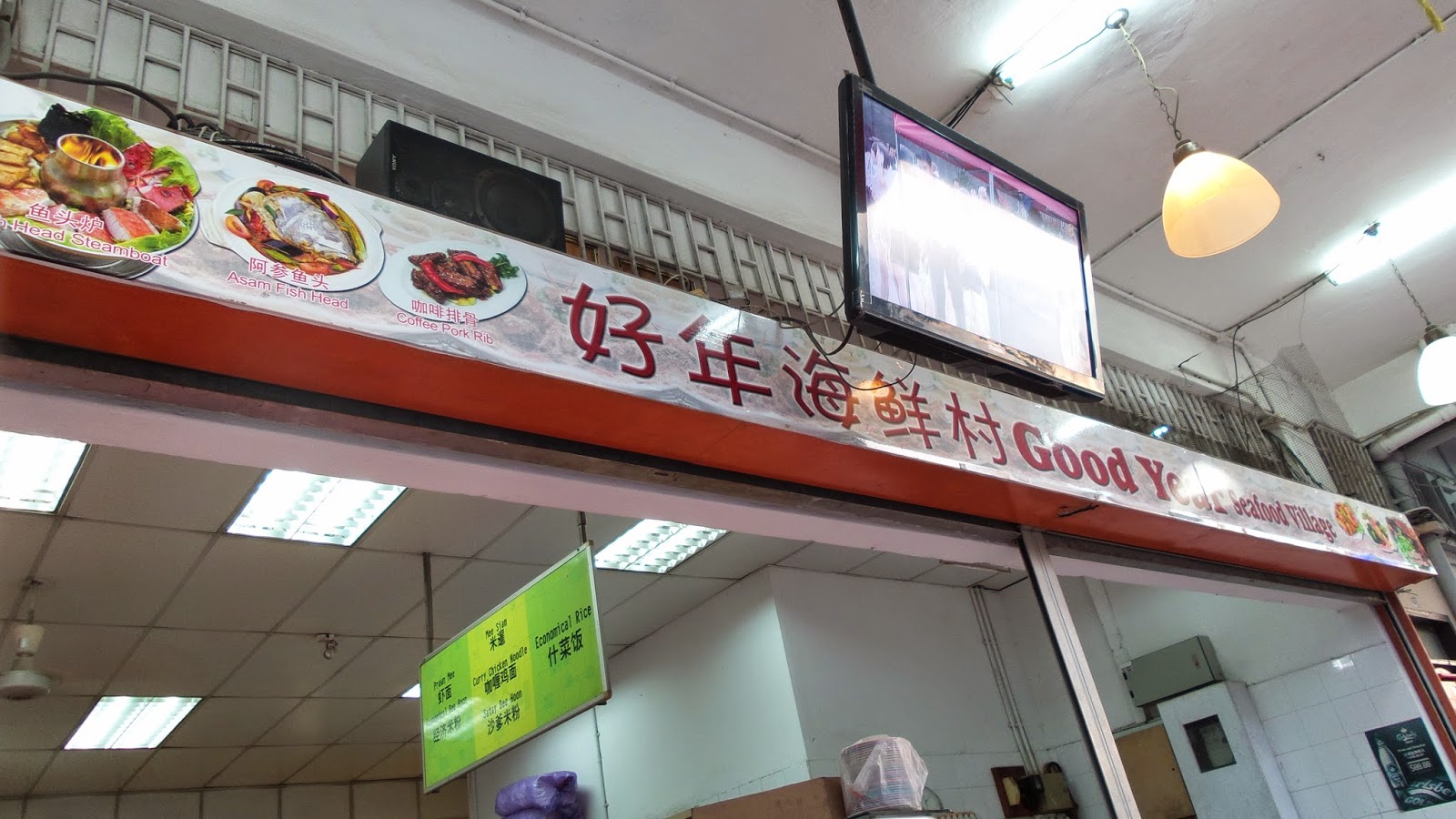 Tzechar stalls are everywhere but are they really value for money? Dinner with family on weekends can be such a headache. For those who drives, a trip to Good Year Seafood Village is definitely worthwhile.

We discovered this place a few weeks ago when I chanced upon a Google search 'bak kut teh in the East'. If that's also something you're wondering about, you're reading the right post..

Located nearby some temples, this place isn't somewhere you would want to go if you're intending to take public transport. Its at the industrial area so you can imagine somewhere like Changi Business Park. No life species on a weekend for sure.

They have indoor and outdoor seating but I strongly recommend you to take the outdoor seats. Its surely more comfortable and peaceful than indoors except for the air con which isn't very strong anyway.

Let's move on to the food I know you can't wait.
THE GOOD Ever tried assorted tempura fried mushrooms with greens at a tz…
Read more 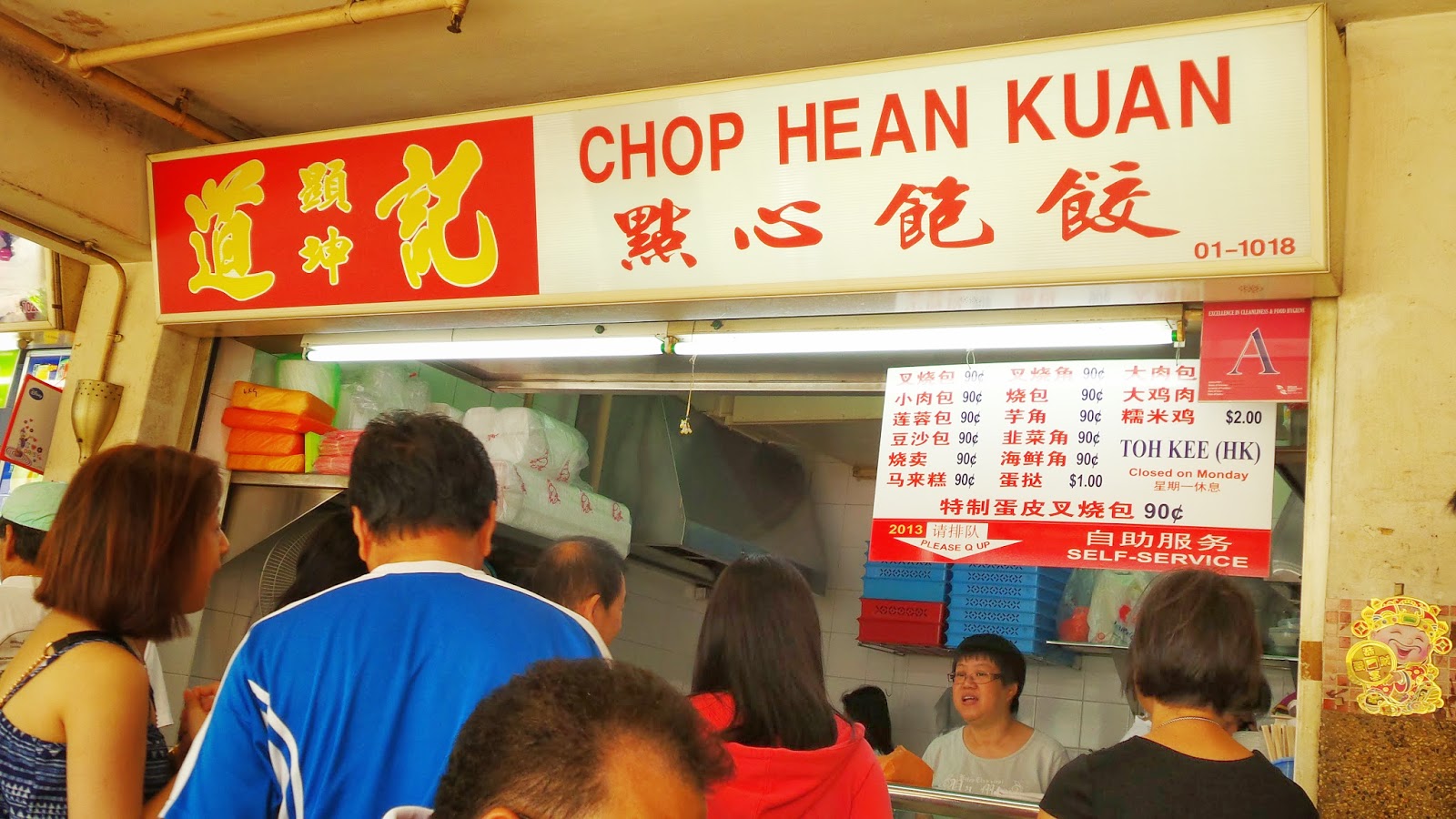 I know it can be frustrating if you can't make up your mind between the three roasted meat stalls and four other dim sum stalls. They all look the same but you know surely one of those stalls is the famous one which your grandparents and parents grew up eating.
Today, I'd introduce to you one of the best dimsum and roast meats non-restaurant style, together with some new findings in the current People's Park Complex.  It has been a long while since I last wowed at the dimsum before me. The stall only displays a pathetic number of dishes in the glass cabinet as compared to Ho Kee which display a wide myriad of choices. Yet... 道记(Chop Hean Kuan)'s dimsums sells like hot cakes. The price range is not large, cheapest at 90c for items like the ugly looking yet tempting siew mai, egg tarts and 韭菜角, the most expensive item is 2 bucks for the 糯米鸡. The mini char siew bao was heaven. I seldom fancy this because it feels  often feels like eating marinated card board. But trust m…
Read more 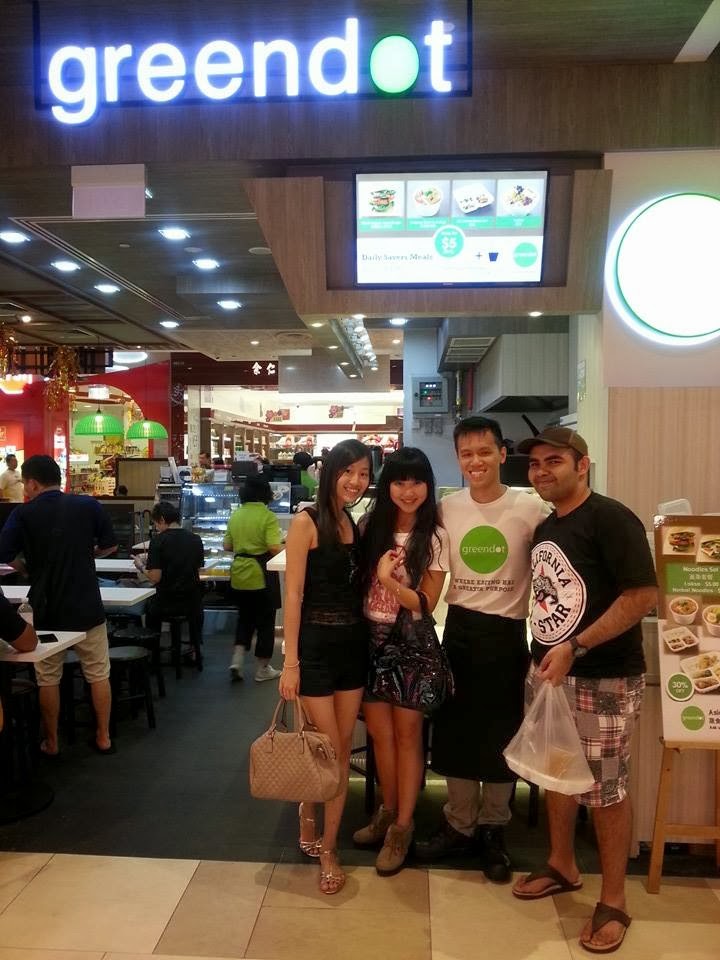 If you feel that vegetarian food is bland, boring and feels like just eating flour, GreenDot is here to prove you wrong. Started by co-founders, Fu Yong Hong and Justin Chou, this start up began from a flagship stall in Temasek Polytechnic's Design School and went on to expand to Tanjong Katong Girls' School and finally, a more public appearance at Bedok Mall last November. Want to know what these pair of inspiring brothers has to offer?
I used to work at their flagship stall at TP. I love all the food they serve and even takeaway leftovers home sometimes! The first time i ate GreenDot's food was the bento sets ( see 2nd pic) at my NUS camp and they only do delivery and catering back then. I fell in love with it. And since i do not want to waste food, i had 7 packets of it! ( without the rice of course ) but still a lot right! Huge fan as you can tell by now. Okay enough of stories, let's move on to the food!

First up will be the Laksa which C loves it so much! Me too …
Read more